When you hear the word ‘blockchain’, Bitcoin will likely be the first thing you think of. And that’s only logical, because this cryptocurrency is by far the most well-known example of blockchain – a technology with a great deal of mystery still surrounding it. Its sometimes wild jumps in value quickly made it the most talked-about virtual currency around. That’s not to say Bitcoin is alone in its field: there are now around 1,000 other cryptocurrencies, with Bitcoin’s market share falling from just under 70% in January 2021 to 41%.

However, virtual currencies are just one possible application of blockchain technology. An entire generation of new applications is being built that allows all manner of services to be transformed into smart contracts – digital agreements ensuring that a contract is automatically executed once certain conditions are met. While this may involve a payment of some kind, there are many other types of agreement that – at present – still require an intermediary.

The past: intermediation and reconciliation

If you transfer money to another person’s bank account, the transaction does not take place immediately. There are banks between the two parties that keep their own record of these transactions. This means there has to be a ‘reconciliation’ between multiple databases for each transaction – and this action creates a risk: Has the payment arrived correctly? That’s why there is a central clearing house positioned between the banks whose job is to ensure that everything takes place without a hitch. Debtors and creditors have nothing to do with the clearing house, but it does mean there is an entire payment infrastructure that enables their transactions to be processed. 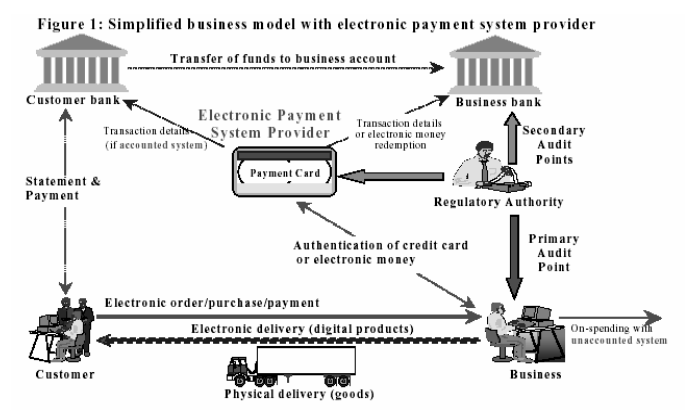 Transactions with cryptocurrencies based on blockchain do take place immediately: These are peer-to-peer payments with no third-party intermediaries. Despite this, the transactions are secure: the specific blockchain technology means that no transaction has ever been compromised. Any attempt to cheat the system immediately becomes noticeable. In addition, this technology allows a raft of other contractual stipulations to be added to every transaction as required. In other words, virtual money can literally be made programmable. You could, for example, set out in the agreement exactly how an amount may be used – like, say, on local purchases only – and/or within which period the money should be used, e.g. by 31 December 2021.

The present: the rise of cryptocurrencies

What we call “payment” is actually an instant exchange of digital assets that takes place 24/7, autonomously, directly and at any time. This is the transaction. More specifically, it doesn’t just have to be money – in principle, virtually anything can be digitised and traded in this way. It could just as easily be something tangible or intangible that has a specific value: a house, a virtual object within a game, an art object, a certain amount of energy. Still, for this article, let’s continue to focus on payments.

Why don’t we just pay for everything using cryptocurrencies? One answer is the fact that the world of crypto is, for most people, still an obscure and unfathomable domain that has many issues and uncertainties attached to it. The transparent nature of the system means that users have to sacrifice privacy; while every transaction is pseudonymised, they can still be traced. This is not to mention the extreme volatility of the value of most virtual currencies.

Furthermore, the world of crypto as a whole is still unregulated at present, which can attract users with bad intentions. Controls against money laundering, financing terrorism and cybercrime (e.g. ransomware requiring the ransom money to be paid in Bitcoin in order to unblock a hacked computer) are not yet embedded in the system.

Finally, there is resistance to crypto because some public cryptocurrencies – such as Bitcoin – require a great deal of energy just to maintain them at an operational level (Bitcoin consumes the equivalent amount of electricity as Norway).

For all these reasons, stablecoins are becoming increasingly prominent: these are virtual currencies whose value is linked to fiat money (usually USD). While they do exist, they are unregulated and come with the disadvantages listed above. If, however, they are issued by a trusted party such as a financial institution, this can cancel out some of the risks linked to cryptocurrencies while retaining all of the benefits – and all within a legal framework. No wonder, then, that several central banks have started conducting trials with central bank digital currencies (CBDC) that require the necessary stability. These are not set to enter into circulation straight away.

We at KBC are also working on the development of our own cryptocurrency: KBC Coin. In comparison to Bitcoin and Ethereum, this currency would not be set up based on a public blockchain, but on  a private blockchain network through which the responsibilities and access are determined via agreements made between KBC and the participants. This shields the transactions more effectively from the outside world, thereby guaranteeing confidentiality. In addition, the transactions are actually quicker than the “classic” blockchain, taking place in a closed circuit to ensure the requisite checks can be made as to the legality of the transactions. At the same time, we are working with an open architecture, meaning that other business parties can add it to a business network later on. Furthermore, a private blockchain requires a fraction of the energy consumed by a public blockchain.

As a result, users can take advantage of many of the benefits offered by blockchain while avoiding most of the disadvantages.

Ready for the future

Generally speaking, a bank’s own cryptocurrency will be used within its own ecosystem. An internal coin serves as the first test case, based on which later developments can be pursued. At present, for example, we are looking for a cost-effective solution to microtransactions, or low-denomination payments made in high volumes. Such transactions constitute a problem for traders due to the transaction costs that arise due to the expensive underlying payment infrastructure.

A specific case that KBC is already exploring involves a collaboration with TRES.city (https://tres.city), where payments for charging electric vehicles (on a regular basis) are being made using KBC Coin. The payment streams between the various service providers can be settled automatically and immediately, so that no time-intensive checks have to be made on mass transactions involving small amounts later on – and this is before any additional costs are applied to the trader.

Based on specific initiatives such as the use of KBC Coin to settle energy transactions, KBC is building a platform for all companies seeking to support operational processes – including payments – with programmable money.

In short: Payments are being taken to the next level and programmable money is guaranteed to change the financial system profoundly. KBC is turning its focus on this now. The bank will be ready to support its customers as they prepare their operational processes for this exciting future. Watch this space for more to come…

KBC Open Banking & Insurance fosters innovation
to take your business to the next level.